About us: Hungarian Federation of Free Radios

The state of the Community Radio Sector in Hungary 2010-2014

A free radio is independent of all political and economic concerns, and broadcasts on a non-profit basis. A free radio is also often a community radio, helping to broaden the array of opportunities in self-expression, as well as striving to provide a greater variety in what mass media has to offer. A community radio also supports the longevity of local traditions and community values, giving initiative for backward social groups to organise themselves, taking a major role in building up a network of civil institutions.

In its founding article the Hungarian Federation of Free Radios defines the way in which such a radio functions as follows: "Free radios are unlike public and commercial radios in that: they function independently from political and government bodies, local governments and profit interested economic groups; they serve the interests of clearly defined (local, ethnic, religious, cultural or life-style directed) communities (or minorities); always striving for their greater participation in making the radio programmes; decisions are taken democratically; no more than three minutes of advertisement is broadcast every hour; the earnings of a free radio are not distributed, but reinvested in the operation of the radio and its upkeep (the non-profit character); it is operated in greater part by volunteers; and no more than 50% of its earnings stem from the advertising business related to radio broadcasting."

The Hungarian Federation of Free Radios organises professional training, conferences and exchanges, where impressions and experiences are shared; provides a number of services; has professional publications; makes its professional views on questions regarding radios heard in the discussions of new laws, and in the decision making processes of the government; it may apply for and accept funding for a radio that is a member; helps new community radios take their first steps; and also provides financial, technical, and professional support to help radios that are part of the federation in their functioning.

The Hungarian Federation of Free Radios is a member of AMARC and SEENAPB.

The Federation was established in 1992 and took an active role in starting up non-profit community radios between 1992 and 95, and in their finding acceptance. We took part in the committees that evaluated applications for the provisional frequencies and handed them out, then co-operating, with a major input in to the creation of the laws governing non-profit radios. Since the Media Act was passed in 1996, the Federation considers giving assistance to the starting up of new nonprofit radios its most important task, while also supporting the continued operation of a number of its member radios, who remain active in extraordinarily difficult conditions. 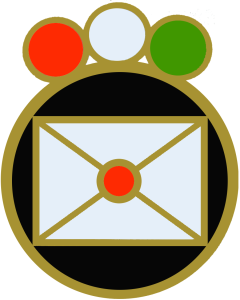